Active Filter:
Get my Position Show all Distributors

Search in this Area

Is your bore water causing iron bacteria blockages, costing you a fortune in pump and pipe maintenance?

Triple7 Envirobore is a high performance surfactant chemistry for breaking-up iron bacteria. The product is non-corrosive and readily biodegradable.

Triple7 Envirobore can be used to eliminate a variety of different issues including:

Triple7 Envirobore is supplied in an easy-to-use liquid form.

Bores: For an initial flush, pour product directly down bore.  Circulate for 4 to 6 hours and leave overnight. Turn on bore and discard first flush (see table below).

Repeat as needed. Recommended guidelines only.

For maintenance dose: Add product at a rate of 1:100,000 parts water (10ml per 1000 litres) to system via EnviroPulse metering pump. Consult your local stockist for further details.

Tanks & Troughs: Empty most of the water and sludge.  Dilute Triple7 Envirobore 1:10 to 1:30 with water and apply to the sides with a broom/brush. Let stand for 30 minutes than scrub the tank base, rinse away all contaminants and refill with clean water.

Unblocking of pipes, drippers and sprays: Dosing the water will be necessary in these situations. Once-off treatments will help to clear any slime build-up to some degree but thorough cleaning will need the constant addition of product.  For first-off restoring of flow, dosing can be set as high as 50 parts per million, then reduced to 10ppm or less.

Pump maintenance: Place dismantled parts in Triple7 Envirobore (diluted at 1:10 with water) and circulate or agitate until clean. Leave in solution for a minimum of 6 hours, then rinse and reassemble.

Triple7 Envirobore removes and retards iron bacteria and calcification, which in turn results in better systems performance and reduces maintenance costs.
When the system is being dosed with Triple7 Envirobore, it will inhibit algae and slime in tanks and troughs.

Triple7 Envirobore has no Hazchem rating so it needs no special storage areas or bunding / drip protection, lowering the cost of transport, handling and storage.  It is also non-reactive with other chemicals, minimising hazardous conditions. 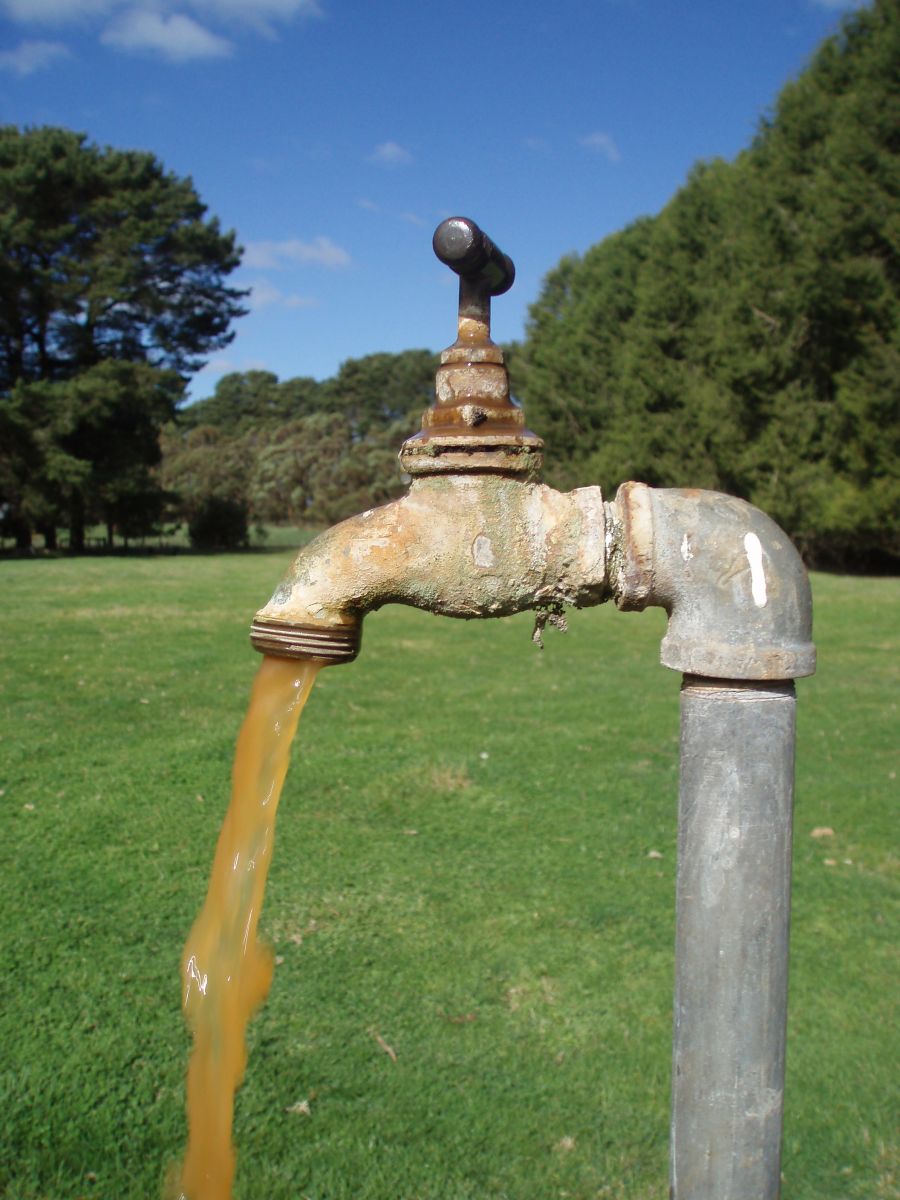 when you can have this … 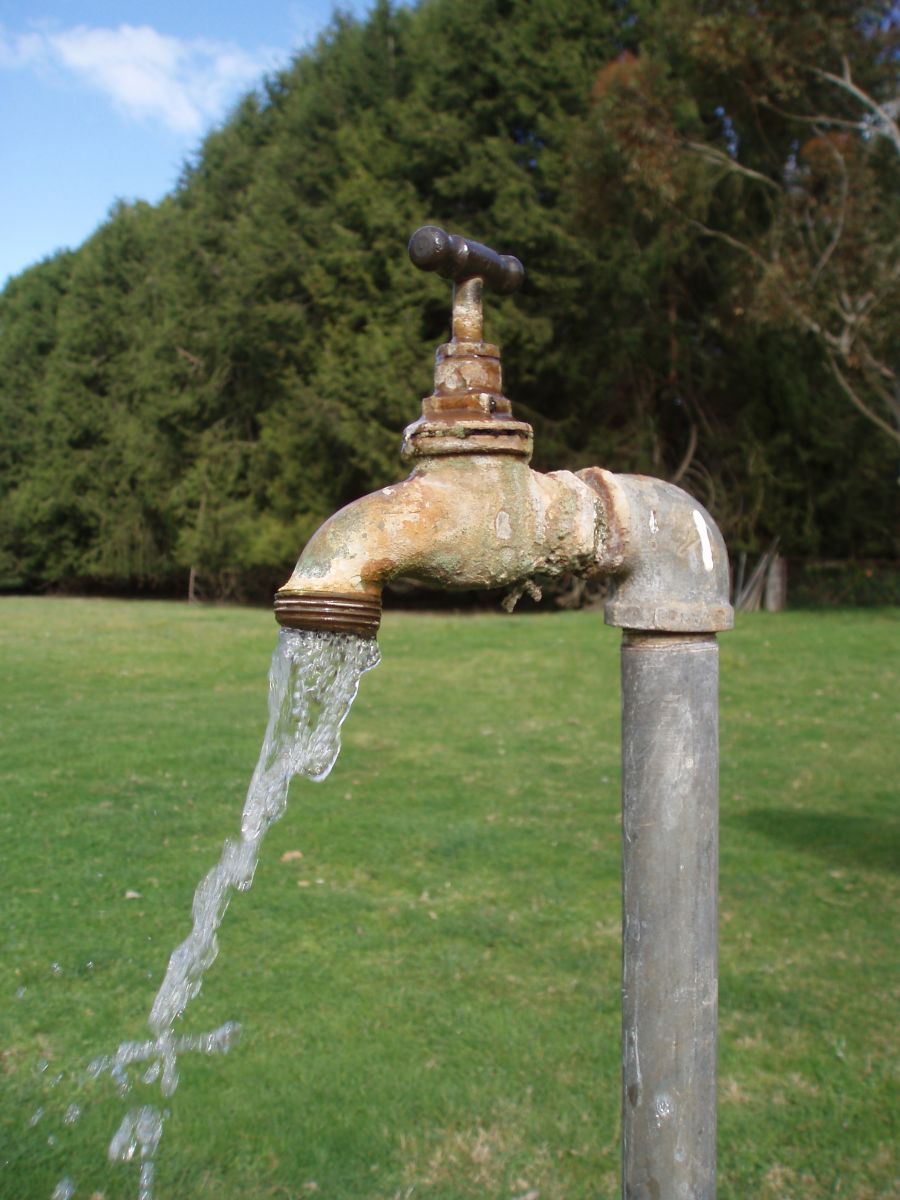 Safe for you and your Workers

Triple7 Envirobore is a non-toxic, readily biodegradable, high performance, surfactant based bore, tank, filter and pipework cleaner.  It is used to remove and control iron bacteria, water odours and organic growth.  It can also control scum, slime and algae growth.

Triple7 Envirobore creates healthier and more pleasant working environments by reducing toxins and allergens in the workplace, lowering the risk of chemical sensitivities.

Safe for the Environment

Triple7 Envirobore is 100% biodegradable.  It contains no ozone depleting chemicals or hazardous air pollutants. Furthermore, Triple7 Envirobore will not upset the balance of nature’s ecosystems, but rather enhances them.  It is free of oxalic acid and other harmful ingredients.

Because Triple7 Envirobore contains no metallic or acid based proucts and is non-corrosive, it is safe for metals, acrylics, rubber and seals and will not harm stock, waterways, soils, grasses or plants when used as directed.

Safe to use in Organic Production

Triple7 Envirobore is Organic Listed making it safe to use in the growth of organic produce.  It is also approved for use in Registered Meat Establishments.

The pressure gauge on the 12 span centre pivot showed that the water flow / pressure had dropped significantly.  Pressure loss was also visible at the nozzle of the sprinkler head.  The 1” discharge pipework which runs from the main overhead span to the flexible sprinkler pipe was removed and found to be ¾ blocked with an iron scale.  Infected pipework was replaced with new pipe and the old pipes were to be thrown out.  When I became aware of Triple7 Envirobore, the old infected pipes were soaked in a solution of Triple7 Envirobore for twelve hours and then flushed out.  Results showed a pipe with no scale restriction.        Dairy Farm – S.A.

Due to a problem with iron bacteria in a bore, we decided to shock-dose five litres of Triple7 Envirobore into the entire system and leave it overnight.  When we started the pump the next morning, a large amount of red mud was discharged.  The output from the pump increased from 200 litres to a full 600 litres per hour.  We were very satisfied and excited with the results.        Caravan Park Maintenance – W.A.

Triple7 Envirobore saves our clients thousands of dollars!  I have used and believe that Triple7 Envirobore is the safest product for removing iron bacteria form pumps in the workshop and in the field.  Our first experience was a badly infected pump, full of dried sludge, which was dismantled in our workshop.  One litre of Triple7 Envirobore was added to 8-10 litres of water and all the parts were tipped in and left to soak over the weekend.  The resultant softening and releasing of the sludge was excellent.  A small length of 1¼” poly pipe, coated with iron bacteria scale, with an inside diameter less than 1”, was left in the diluted Triple7 Envirobore for about one hour.  The hard containment was softened and then could be easily pushed out.  Our clients are now able to treat pumps in bores by adding Triple7 Envirobore and recirculating, saving thousands of dollars in pump removal costs.  For pipework that cannot be set-up with a recirculation system, a dosing unit does the job at 20ml per 1,000 litres.        Co-op Pump Maintenance

Recently I placed a badly sludged pump into a 200 litre drum of water containing 4% of Triple7 Envirobore.  I ran the pump for more than a day to circulate it well.  Then I dismantled the pump to check for progress, expecting that I would have to repeat the process.  However, the pump was so clean that there was no need.  The pump was serviced and re-assembled.  The safety factor of Triple7 Envirobore also meant that the staff were not exposed to the previous health risks associated with acid based alternatives.      Western VIC Pump Repairer

We had an Amiad Media filter unit that had become built-up with ferric iron bacteria causing a major reduction in through-put and back flushing did not help.  We added Triple7 Envirobore and air-sparged to enable it to work through the media. Back flushing after 20 minutes discharged a murky brown soup-like product and the media was very effectively restored.     Major West Australian Irrigation company

Grey water from sewerage plant was used to irrigate a citrus orchard, however the under-line drippers became clogged with a “chewing gum‟ type matter and had to be cleared every two weeks. A metering pump was then installed and drippers dosed with Triple7 Envirobore at 500ppm for 24 hours.  Of the non-functional irrigation drippers, 85% were successfully restored to full operation. Approximately 15% remained unfunctional, due to un-treatable particulate (insect parts). The 85% success rate that was achieved, considering the constantly plugged and partially functional irrigation system, was phenomenal.  The irrigation system continues to operate today with an injection rate of less than 10 parts per million. The product gives outstanding performance.     Fruit Grower

There are no reviews yet.

Be the first to review “Triple7 Envirobore” Cancel reply 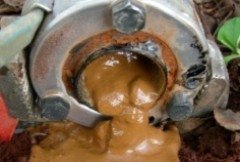 With the help of Envirofluid, a large irrigation company has removed an iron bacteria build up and returned their filter effectiveness to near new capacity. They achieved this without disassembling equipment saving on downtime. This provided huge cost savings whilst protecting worker health and the environment. 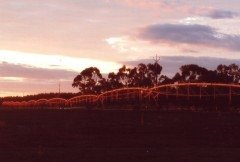 From a blocked irrigator to clear water after only three weeks of treatment with 60Ltrs of Triple7 Envirobore.